The main Input and Output (I/O) ports in a computer

What are the main input and output (I/O) ports?

The input/output units, that is the devices that allow the introduction of data and the display of the results (keyboard, mouse, monitor, printers, etc.), are external to the Matherboard, and are connected through appropriate connectors, called ports of connection or input/output (I/O).

In general, each port has the characteristics suitable for the device to be connected. In reality the manufacturers try to standardize the devices so as not to need a myriad of different doors. 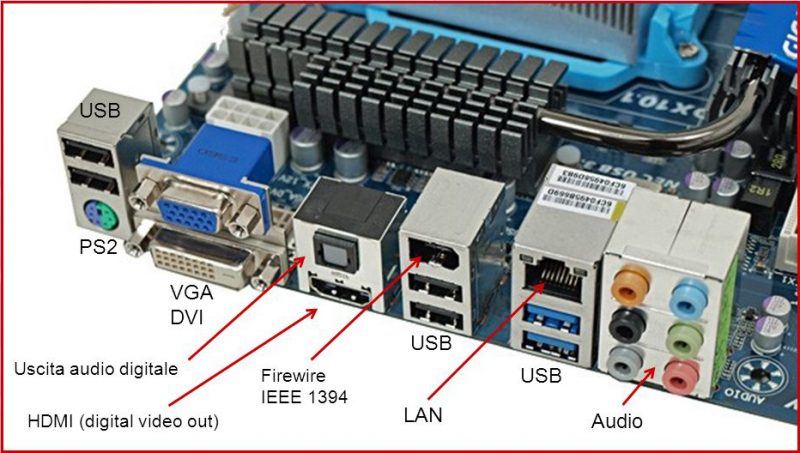 The main communication ports of input and output are:

However some of these ports, PS/2, serial, parallel, VGA, are on the verge of extinction or disappeared altogether in the latest computer models sold today. In particular, the oldest and now little-used doors are:

These ports, called legacy (antiquated), are slowly disappearing from the most recent computers, but they are still used mainly by companies that need them to continue using old-fashioned devices, but expensive to replace.